Day of the Dead

Patricia (Tricia) Anders is animated, energetic and full of life! She’s intriguing and unexpected, similar to her art.


Anders began her art career in her 30’s, when she enrolled in an art class for fun. She loved it! She kept taking more and more classes, spurred on by getting straight A’s and making the Dean’s list. 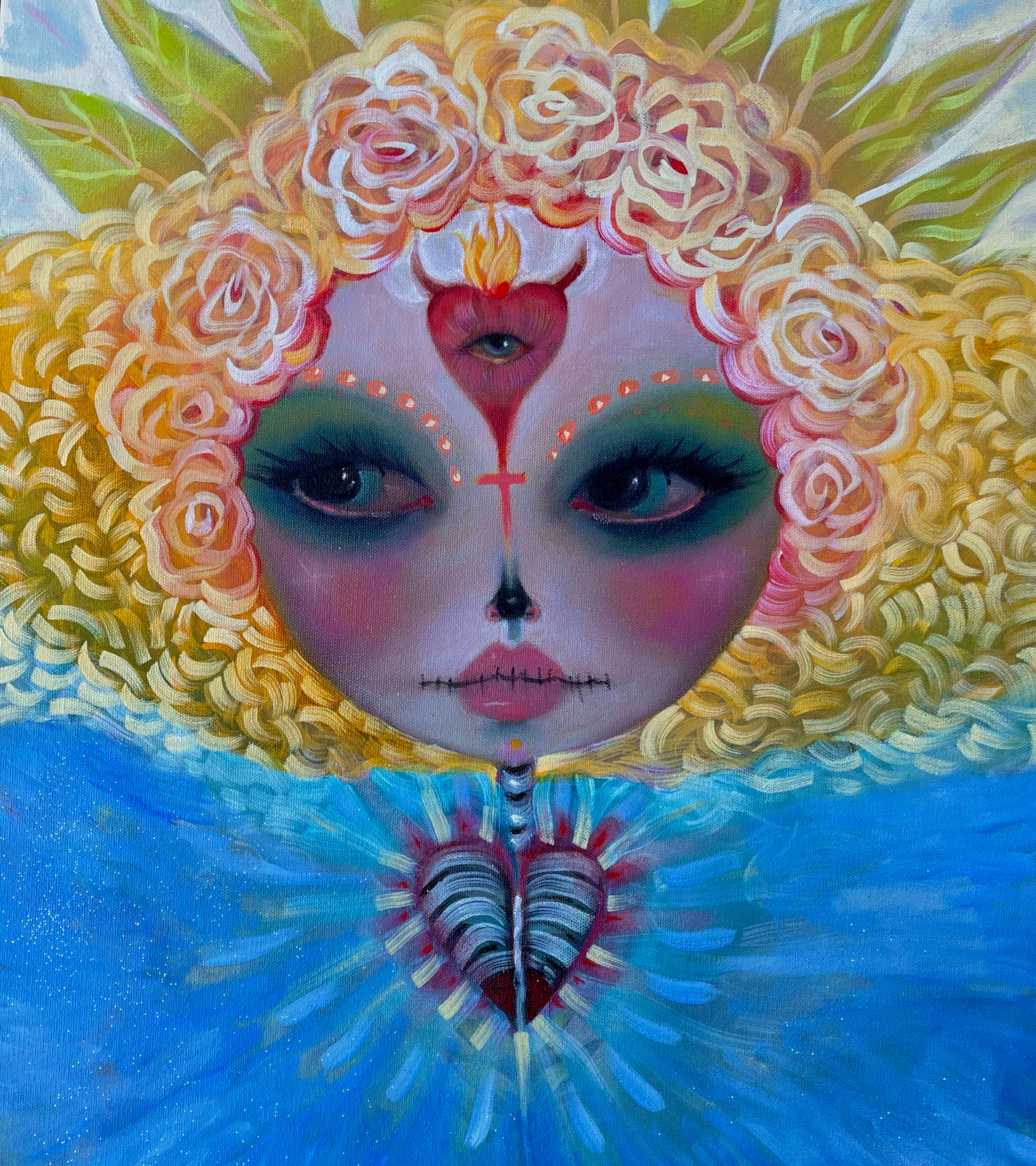 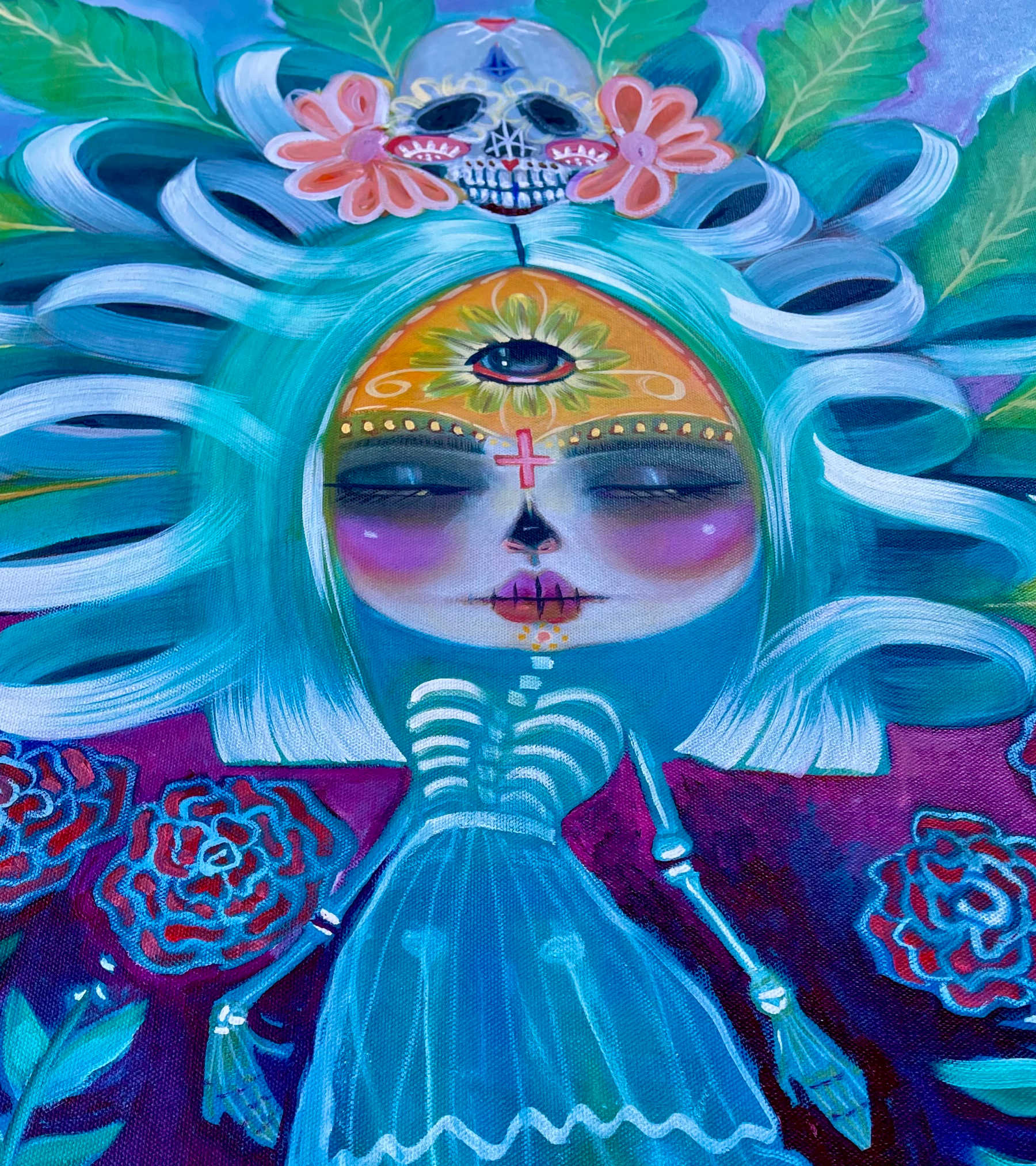 Once she graduated, she got wrapped up in making ends meet, “living by the seat of her pants.” For the next ten years she worked two to three jobs at a time. She pursued being a parole officer, did social work and was a substitute teacher. When she finally settled in as a manager of an apartment complex, she rediscovered her art, using the garage as her painting studio.


As she was rediscovering herself, she unexpectedly found love. Her future husband ventured out to a nightclub - his first night out in a year! That evening he asked her to dance, but she refused, suggesting he dance with one of her friends instead. But he wanted to dance with her and they ended up dancing to the very last song of the night. The rest is history! 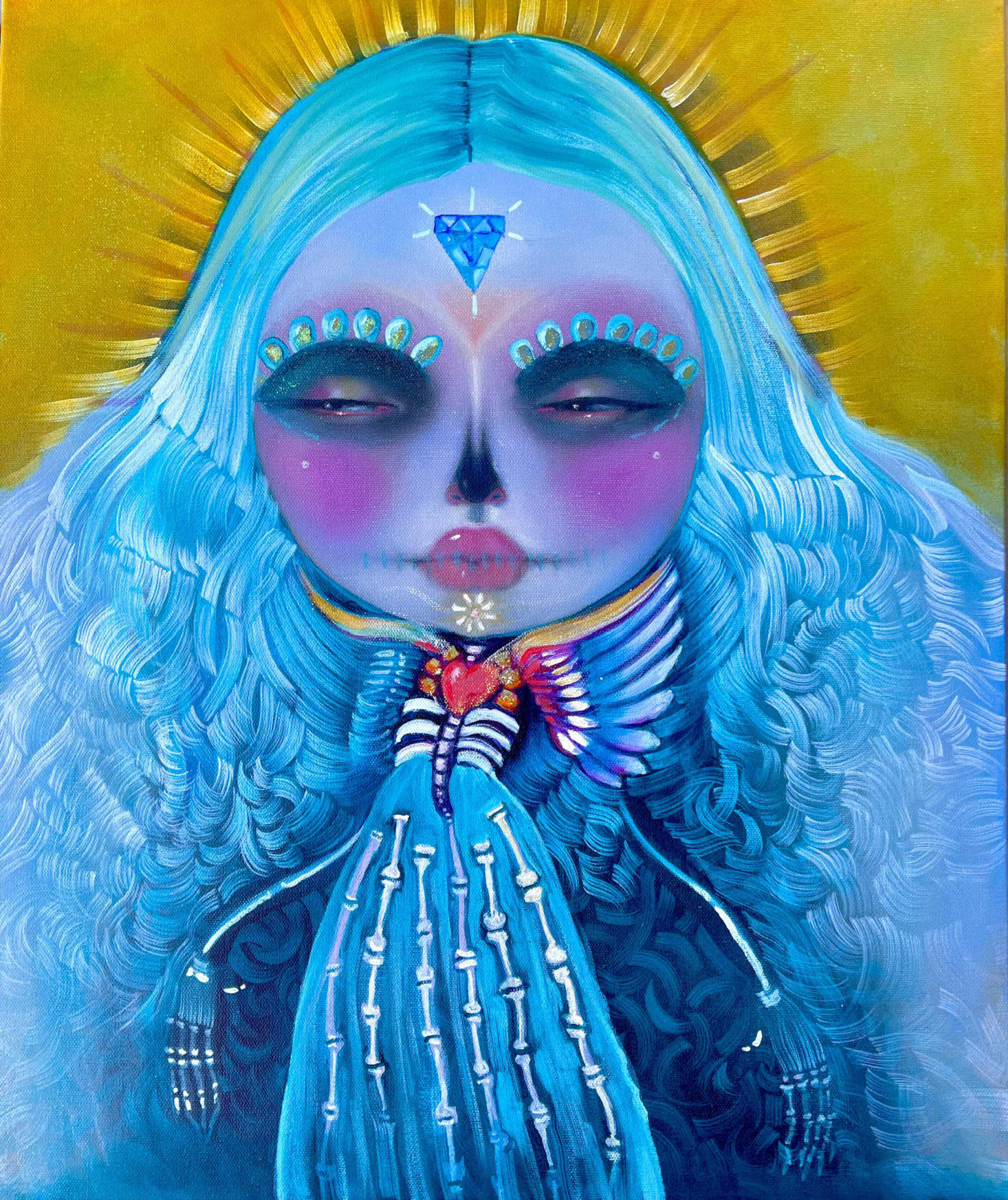 Anders is drawn to the art, festivities and meaning of Day of the Dead. She lost both her parents at a young age and was raised by her aunt and uncle. They didn’t celebrate Day of the Dead. As an adult, she feels a deep connection to the holiday, and has explored its personal meaning, much of it depicted in her art. Day of the Dead and Anders: full of vibrancy, celebration, connection and color!

Sergio Martinez De Jesus, also known as Checkos, grew up in Mexico. His moniker comes from “checos”, which is a nickname for Sergio. He added the “k” in high school, and it became his signature.

In Mexico, he studied philosophy and taught Spanish to children. While he was still in school, his family moved to the US. He stayed in Mexico by himself for two years to finish school. He eventually decided to join his family in Santa Paula because he loves to challenge himself. And moving to the U.S. without knowing English is definitely a challenge!

Once in Santa Paula, Checkos took English classes at community college and practiced with his nieces. At college he took an art class and loved it! As a young boy he’d sketch for fun and give his drawings away to friends and family. Now, he began to think about pursuing art professionally. 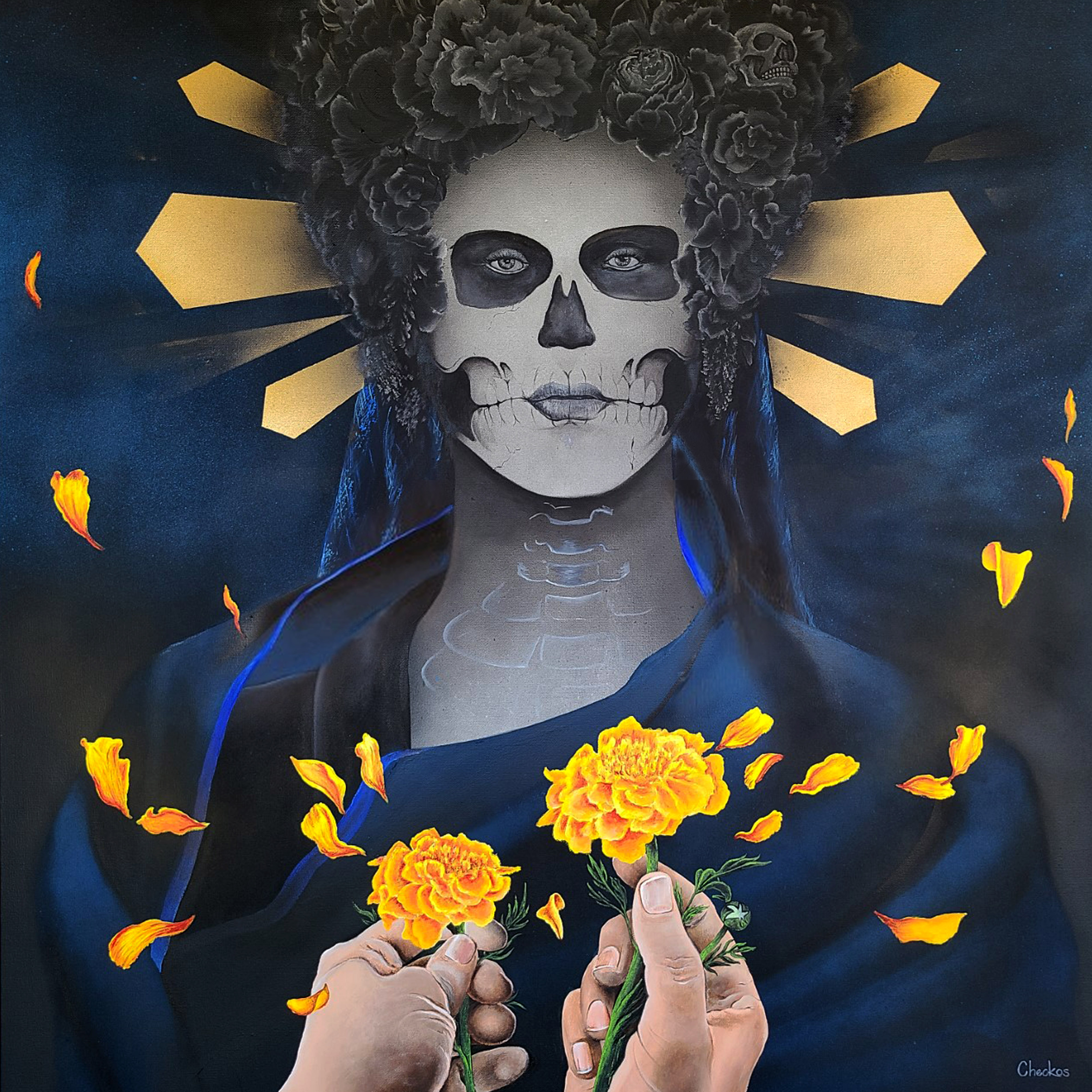 Checkos has since developed a name and a following for his murals. He created his first mural in 2019, when a building owner asked artists to cover his walls with murals. Excited, he took the new challenge and began painting with a brush. After many long hours and slow progress, he looked for alternatives. Now, his colorful murals are mostly spray painted, with an incredible level of detail and shading that shows his skill!

Checkos splits his time between creating art in his backyard and working as a bartender. Always on the lookout for found objects to use in his art, he’s collected empty tequila bottles from his work, which will form the basis of an upcoming body of art. 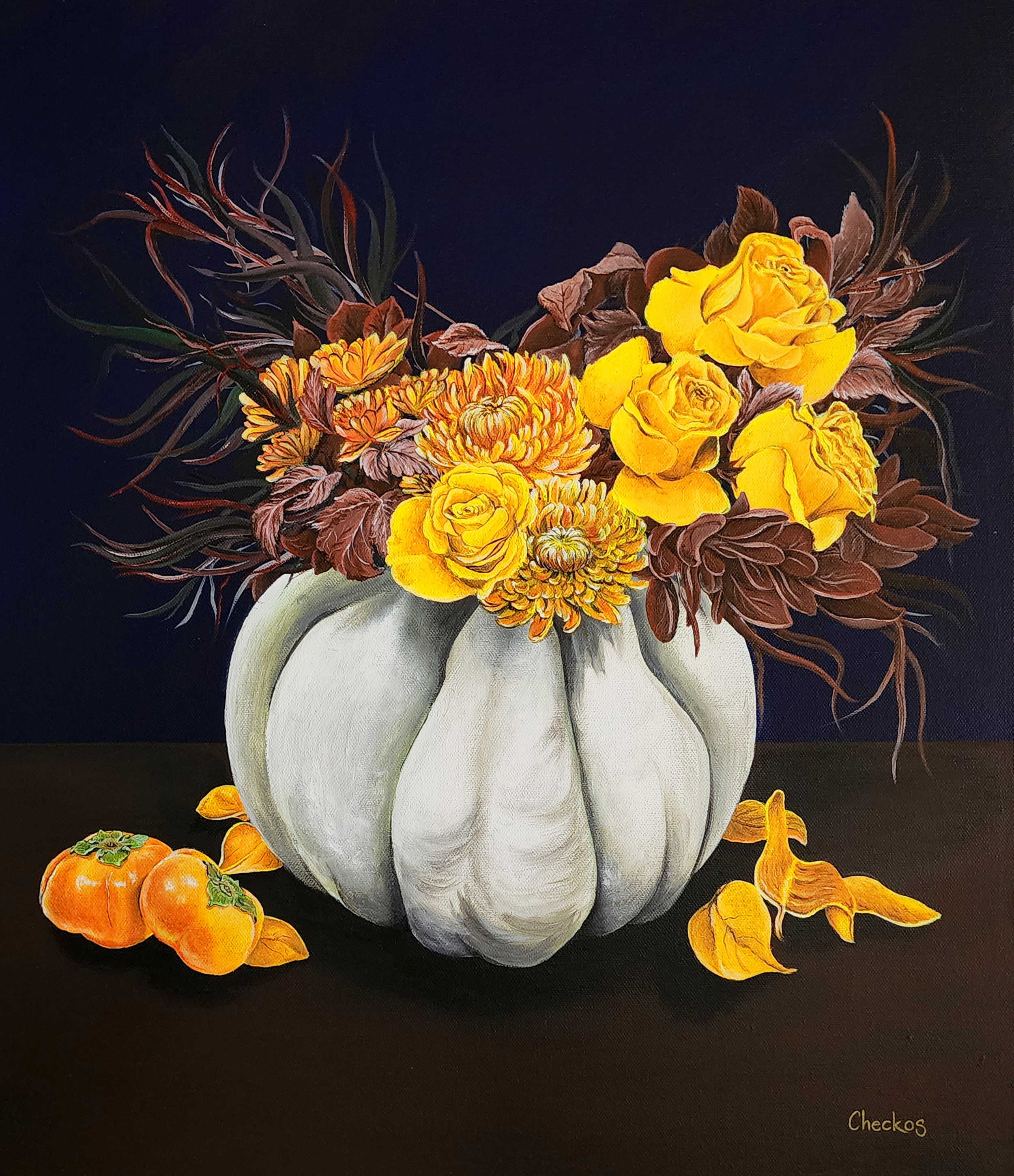