Richard Franklin was born in Berkeley, CA and has studied art across the country and even in Italy. He has always enjoyed studying and practicing fine arts like drawing, pottery, and ceramics. He was an architect, first designing submarines for the Navy and then managing the design of medical facilities for the Department of Defense all over the world.

His travel around the world, including Europe, Asia, Mexico, and the United States has shown him various ancient and modern cultures sparks his imagination when creating art. Additionally, the Italian Renaissance and the Japanese design ethic is also a strong influence.

Richard has juried several gallery shows, as well as student scholarship programs. He also teaches life drawing, and has taught in Washington D.C., at the Focus on the Masters Arts Program, and the Ojai Art Center. Richard was a past president of the Ventura County Potters Guild and is a valued member of the FOTM Board of Directors. 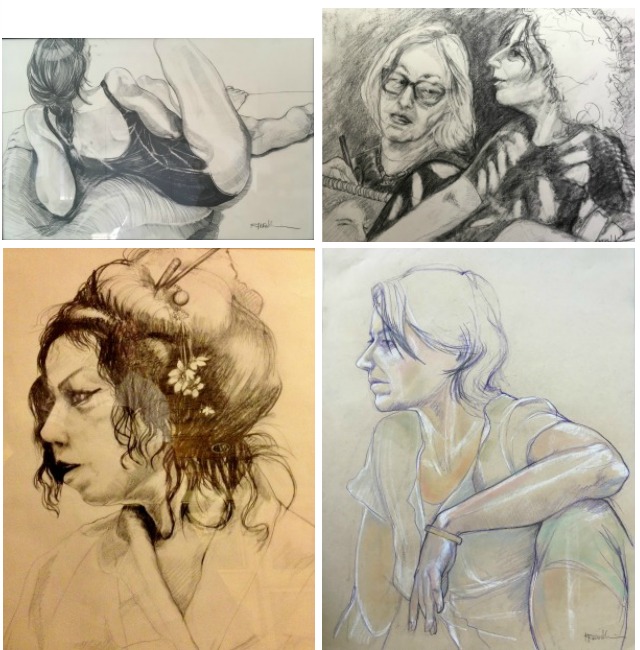 Susan Seaberry, an artist who blends romanticism and classicism, has created art her whole life. She says, “It’s always been about my family and my art. It’s always been my main focus.” She went to the Art Center College of Design and became a forerunner for the Functional Art Movement in the early 1980s to the early 90s. This was a time when art became more accessible to younger investors, so Susan created many different types of art. From working with interior and clothing designers to sculping and pottery, Susan did a little bit of everything, all while raising 3 daughters.

Now, instead of doing mostly commissioned work, Susan paints on canvas and displays in galleries. When creating, Susan likes listening to loud music with energy while painting in the center of her house. It’s important for her to be able to paint a little, leave, and then come back to it. She says that emotional content, such as music, dancers, stories, and narratives influence her art, and tries to put symbolism and ambiguity into each of her pieces.

Susan hosts periodic workshops, and has artwork on display year-round at the Loft Gallery in Puerto Vallarta and the Paul Maher Gallery in Healdsberg, CA. She goes to Mexico once a year – for art and for fun! 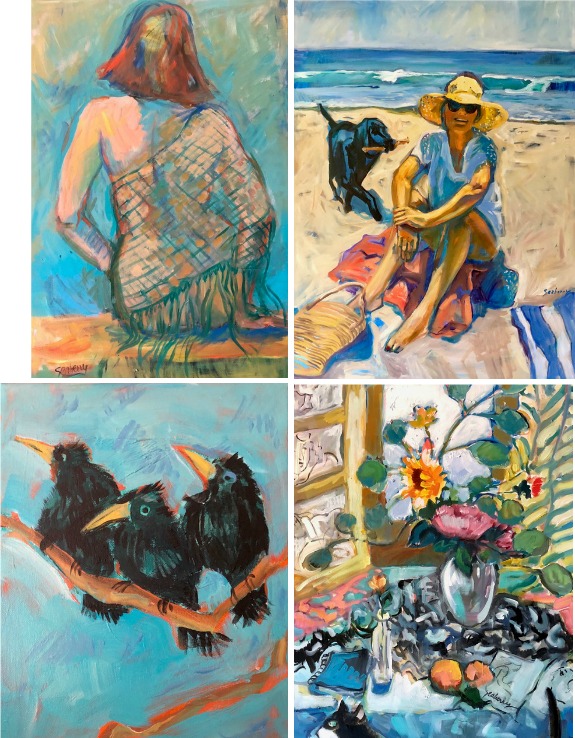